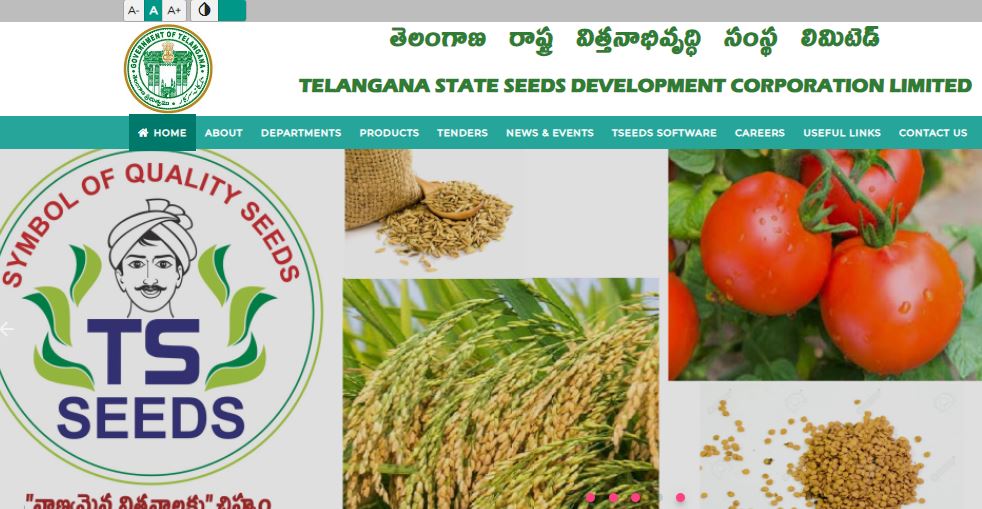 To ensure quality seed production, seed distrubution and supply of state and central released varieties of differnet crop species, telanagan government seeds, maintaining seed buffer, extension and technical support to the farming community. financial support to seed development and distrubution corporation. provide budget wise economically farmers seed distrubution. focus on increasing the agriculture productivity like Israeli farmers and impart training for the farmers in the rest of the state on the best practices in agriculture and quality seed production.

Telangana  will be the Seed Bowl of the World

Government soil cards were distributed to 14,000 farmers and revenue staff were on the job of extending ₹4,000 per acre assistance based on the online pahani system. The administration unveiled the annual credit plan to extend to a ₹660 crore, covering 80 per cent of the farm loan this year.

Nizamabad district had already earned a name for being a self-sufficient and  progressive district, and was exporting quality red jowar and pearl millet seeds to other states in the country, including Punjab.

Telangana ” Seed bowl of the world ” initiated from Ankapur village of Armoor mandal in the Nizamabad district.

The Telangana State is emerging as the seed bowl of the country with its favourable agro climinatic conditions, terms of land agriculture and required infrastructure for seed production. The state has best of the agricultural research institutions of National and International repute to supplement and augment production, producing best seeds in market, productivity and development of new varieties and hybrids. State seed development committee, seeds produced in this State are widely preferred for its good luster, purity and favourable storage conditions for long storage there by validity.

The Telangana development seeds Corporation which is the only State Public sector Undertaking for seed production which produces various crop seeds of different classes. The Corporation is the Nodal agency meeting the seed requirement of the Department of Agriculture in the state. With emphasis on the production of seeds through individual farmers for improving their livelihood, as per the initiative of the Government of Telangana State the corporation is distributing seeds on subsidy for seed production besides seed distribution.