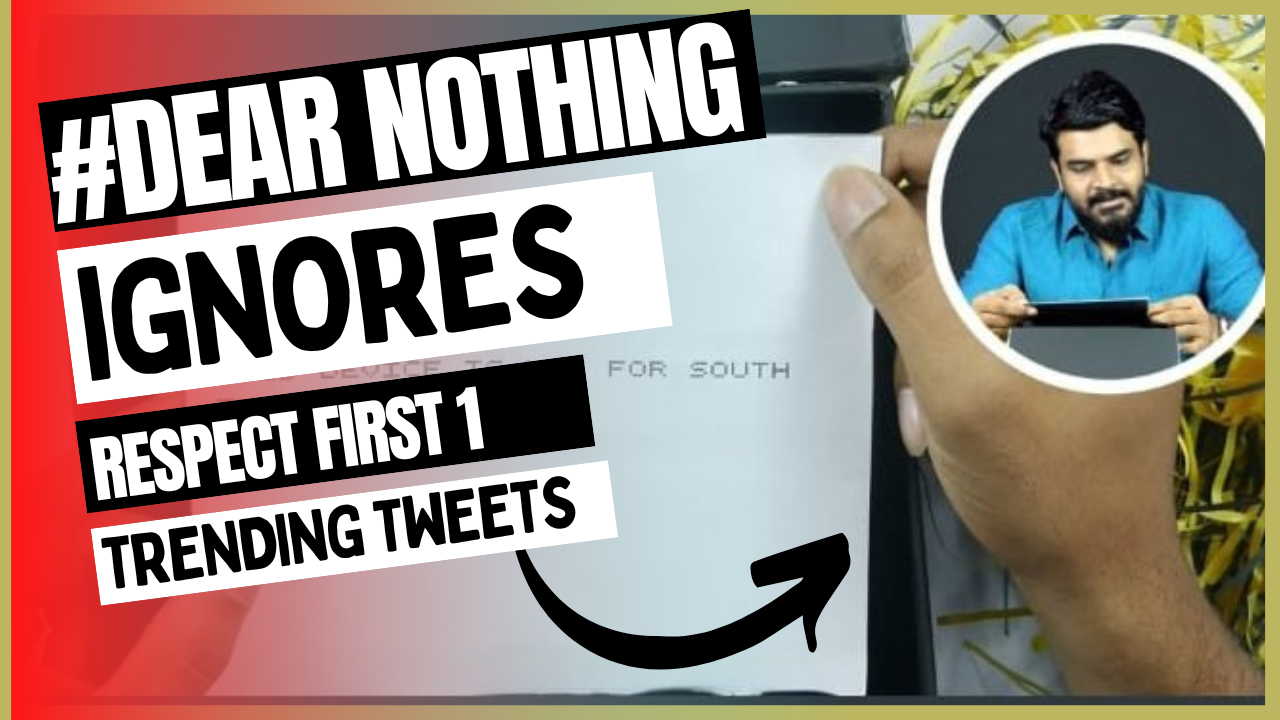 Dear Nothing trending in twitter,check all specs, reviews. Nothing sent devices for only few peoples. INDIA it’s our nation ,it not based on the one people or one language or one religion or one state. One Mobile launching in india means all had a curiosity to buy. Not only for one kind of people. Send Review unit to Every state. We are also living in India and we respect our nation and people. We loved others who belong other religions and languages why because we are Indians. India means not only hindi we have so many regional languages and we love to see reviews in our languages

Dear Nothing this is completely unacceptable!

DearNothing I was very disappointed on the remark you made on the people of South India. We are divided on a linguistic basis but we all are united as one nation. I hope that you take your word back and will treat all the people alike

#DearNothing @nothing, we don’t personally hate anyone , but if we get hatred , there will be double the hatred from every south indian towards you 👍 , dont separate us , regional languages are important!

Dear Nothing. Nothing is interesting about the Nothing Phone1 except the Glyph Interface.

Please don’t show difference in language and religious.owr India was named as unity in diversity and hope respect religious languages.. And see all languages equal. – Prudvi

నా దేశం బహుభాషా, బహుళ జాతి సంఘము. వివిధ వైవిధ్యం గల దేశం.
India means not only hindi we have so many regional languages and we love to see reviews in our languages because mother tongue fills our soul . – Ajay 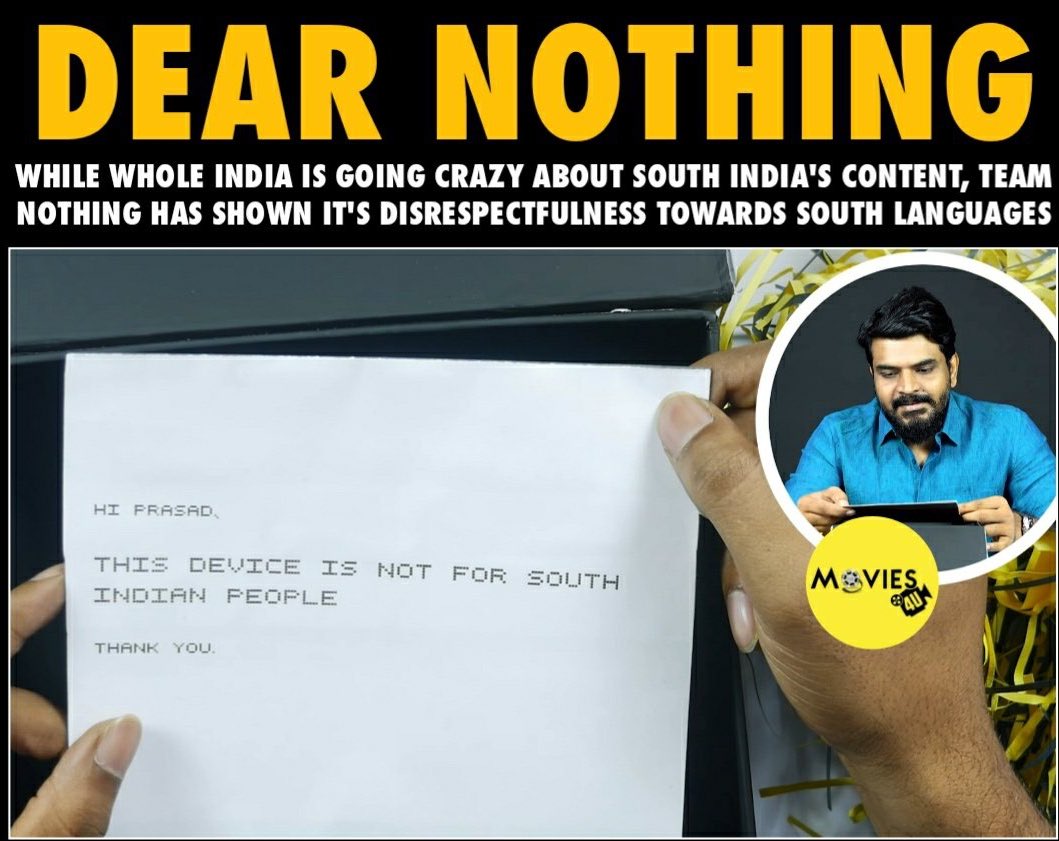 DearNothing You have enough devices not just for sending the review units to the Hindi tech but also enough for sending them to do the giveaways, and when it comes to the regional tech, you have device shortage. nothing @getpeid time to realise that